Advisory role as member of national Resource Team (2002-04) for City Growth Strategies (CGS) – a national pilot programme, funded by the Small Business Service of the Department of Trade and Industry (now BIS). CGS promoted a market-led approach to turning round disadvantaged areas, concentrating on economic potential rather than social problems. Key features included: giving business a leading role in strategy development; ensuring a robust evidence base; and capitalising on business clusters to drive productivity improvements and local prosperity.Treasury and DTI backing for CGS was inspired by Michael Porter and Initiative for a Competitive Inner City (ICIC) in the USA. The national CGS programme sought to spread lessons from the pilots and draw on US ideas and experience.Nottingham, Plymouth, St Helens, and four parts of London were selected to take part in the first round in 2001, followed in a second round by Derby, Leeds, Leicester, Liverpool, Luton, Manchester, Portsmouth, and three more parts of London.Overview of CGS prepared for Renewal.net ( 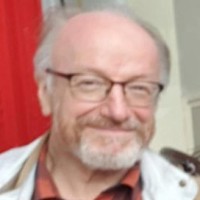 Permanent link to this article: https://www.educe.co.uk/?p=207